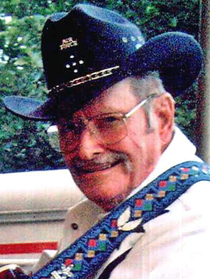 Vernon McCoy, 85, of Mt. Auburn, passed away Thursday, August 20, 2015  at his residence in Mt. Auburn. He was born April 12, 1930 in Marion, IL, the Son of Marion and Elizabeth McCoy. He married Dorothy May Hooper in 1965 in Decatur, IL and she later preceded him in death on November 27, 2009. He retired as the Owner and operator at McCoy Upholstery.

To order memorial trees or send flowers to the family in memory of Vernon McCoy, please visit our flower store.