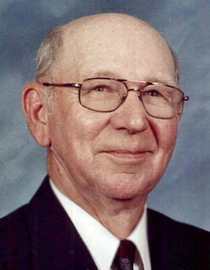 Theodore “Ted” R. Pollard, 80 of Mt. Auburn, IL passed away Monday, April 6, 2015 at Taylorville Memorial Hospital in Taylorville.  He was born on July 24, 1934 in Mt. Auburn, IL the son of Theodore and Callie (Morgan) Pollard. He married M. Joanne Oller on July 1, 1955 in Edinburg Christian Parsonage, IL. He worked at Circle Steel for 33 years, he also worked at GSI Specialized Products and retired from the Mt. Auburn Water Dept.

He joined Mt. Auburn Methodist Church at an early age, serving as a Lay Leader for many years. Ted was very faithful to his church. He also served on the Taylorville Community Credit Union Board for 49 years, the Mt. Auburn Village Board, and the Mt. Auburn Township Board for several years. He loved gardening, working in his woodshop and feeding and watching birds. His children, grandchildren and great grandchildren were very important to him. He was very proud of each one of them.

Inurnment will be in Mt. Auburn Cemetery, Mt. Auburn, IL

To order memorial trees or send flowers to the family in memory of Theodore "Ted" R. Pollard, please visit our flower store.