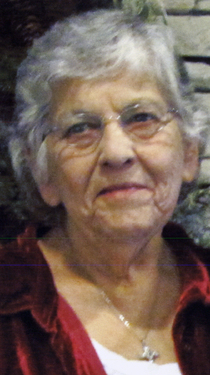 Ruth Ann Stockon, 82, of Scotsdale, AZ, formerly of Taylorville, passed away Thursday, November 26, 2015 at 6:30 p.m. at Scottsdale-Osborne Hospital in Scottsdale, AZ. She was born April 23, 1933 in Taylorville the Daughter of Minor and Bertha (Moutrey) Riggins. She married Harold “Boy” Stockon on August 11, 1951 and he later preceded her in death on May 7, 2010. She worked as a Dietitian and was a member of the Church of the Nazarene in Taylorville, IL.

She is survived by her Son: Todd Stockon of Taylorville, IL; Daughter: Christina Epley of Scottsdale, AZ; Grandchildren: Grant, Cole and Jack Epley; Sister: Mary Lou Sharp of Cottonwood, AZ. She was preceded in death by her parents, husband Harold, one brother and 3 sisters.

To order memorial trees or send flowers to the family in memory of Ruth Ann Stockon, please visit our flower store.