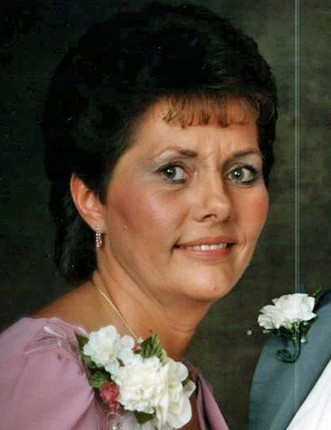 Rose Marie Kocurek, 73 of Taylorville passed away on Wednesday, March 29, 2017 at 7:50 a.m. at Memorial Medical Center in Springfield. She was born on June 4, 1943 in Taylorville, IL the Daughter of Mike and Dorothy (Krouse) Banko. She married Aime Stephen Kocurek on August 20, 1960 by Father Leo Sustak at St. Mary’s Catholic Church, Taylorville, IL and he preceded her in death on May 30, 2016. Rosie will most be remembered by her wonderful cooking abilities. She was known as the “Pie Lady” or “Peanut Brittle” maker as she made many pies and countless pounds of peanut brittle during the Christmas season. She was still getting request last year. Rosie and Amie were owners of the Sugar Shack bakeries for many years and were often told they had the best doughnuts around. Rosie was a very hard worker and was determined to do things on her own no matter the struggle. She struggled a lot, but fought until the very end. She will be greatly missed by all who knew her, but mostly by her family who were fortunate to have her to learn from and love. She loved being involved in all of her grandchildren and great-grandchildren’s lives no matter the event.

Memorials may be made to the wishes of the family C/O Sutton Memorial Home 327 N. Clay St. Taylorville, IL 62568

To order memorial trees or send flowers to the family in memory of Rose Marie Kocurek, please visit our flower store.