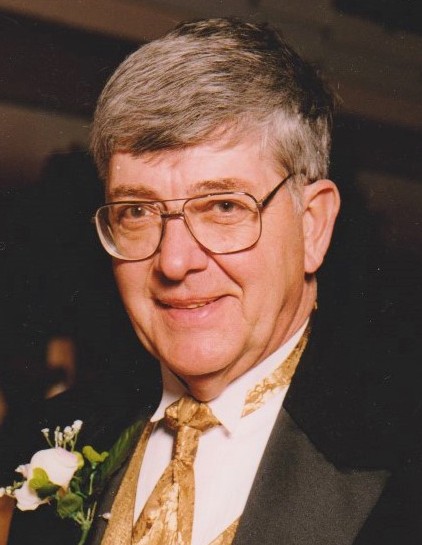 Ronald W. Nothdurft of Taylorville passed away Friday, July 24th at Passavant Area Hospital in Jacksonville, IL.  Known for his sports photography work with the Breeze-Courier, he was 84-years old.  Born March 31st, 1936 at St. Vincent Memorial Hospital in Taylorville, IL, Ron was a 1954 graduate of Taylorville High School.  He attended the New York Institute of Photography in Manhattan before joining the Air Force in May of 1955.  As an Airman Second Class, he was honorably discharged in February 1959, serving in the Air Force Reserve until 1963.  Ron began his professional career at Morton’s Drug Store, later working for Marblestone’s, Sherwin-Williams and the Breeze-Courier, all in Taylorville, and while with the Breeze-Courier, was the de facto sports photographer for the publication.  His pictures from the gridiron and basketball court routinely graced the pages of the newspaper.  Ron started with the State of Illinois in 1982, moved to Springfield in 1997 and retired from the State in 2002.

Ron is survived by his children, Stephen Arthur (Helen) of Downers Grove, IL, Susan Poor Nevitt (Greg) of Springfield and Scott Alan of Joppa, MD, and two grandchildren, Kimberly Elsa Nothdurft and Elyse Ha’Ani Nothdurft.  He was preceded in death by his wife, Nancy Ann (Natterman) and his parents, William and Blanche (Sadler) Nothdurft.

Friends are requested to participate in a “celebration of life”, commencing at 3P on Sunday, September 6th at the Moose Family Center in Taylorville.  Private family interment will be at Camp Butler in Springfield.

As a decorated Eagle Scout, memorials in the name of Ronald W. Nothdurft are requested to be sent to the Boys Scouts of America, 1325 W. Walnut Hill Lane, Irving, TX 75038 or via their website (https://donations.scouting.org/#/national/).

To order memorial trees or send flowers to the family in memory of Ronald W. Nothdurft, please visit our flower store.