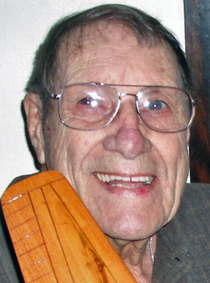 Robert Carter, 88, of Taylorville, passed away Thursday, May 21, 2015 at 7:46 a.m. at his residence in Taylorville. He was born January 7, 1927 in Stonington, IL. The Son of Chris and Hattie (Allen) Carter. He married Gloria A. Rasmussen on September 12, 1948 in Taylorville, IL.  He was a Member of Davis Memorial Christian Church in Taylorville, lifetime member of the VFW Post #4495, he was on the board for the Owaneco Elevator, a trustee for the drainage ditch commission in Locust Township, he was a member of the board on the Production Credit Association; he was also an original member of the American Agricultural Movement and he was involved in the grassroots movement to create an ethanol plant in Christian County. He was a veteran of the United States Army in Korea. After retiring from farming for 39 years he enjoyed fishing, woodworking, painting, reading western novels, Cardinals baseball, and Illini basketball. He and his grandson Rob built a reproduction of the army jeep he drove in Korea which they drove in area parades. He went on the Honor Flight in March of 2013.

To order memorial trees or send flowers to the family in memory of Robert Carter, please visit our flower store.