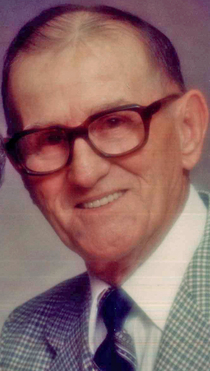 Richard R. Collebrusco, 93, of Taylorville, passed away Monday, April 6, 2015 at 10:10 a.m. at Meadow Manor Skilled Nursing and Rehabilitation Center in Taylorville. He was born on October 17, 1921 in Riverton, IL. The Son of Julius and Theresa (Maurer) Collebrusco. He married Yolonda Bertucci on December 27, 1943 at St. Mary’s Catholic Church in Taylorville. He retired as a Compositor at Sangamon Greeting Card Company. He was a member of St. Mary’s Catholic Church in Taylorville, and The United Paper Workers of America. He also Loved Hunting and was a Die Hard Cub Fan.

To order memorial trees or send flowers to the family in memory of Richard R. Collebrusco, please visit our flower store.