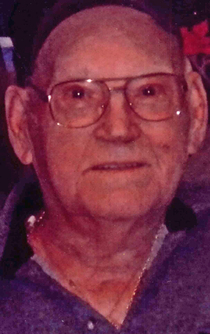 Raymond Edward Reber, 84, of Taylorville, passed away Wednesday, April 1, 2015 at 3:30 a.m. at Meadow Manor Skilled Nursing and Rehabilitation Center in Taylorville, IL. He was born February 4, 1931 in Taylorville, IL. The Son of Clyde Francis and Stella Pearl (Walker) Reber. He married Laura V. Day on August 24, 1952 in Taylorville, IL and she later preceded him in death on October 11, 1998. He retired from Peabody Mine #10  as a repairman. He was a member of the United Mine Workers of America, Mound Lodge #122 AF & AM; VFW Post #4495, Taylorville Moose Lodge #1516, Ansar Shrine and Lions Club.

Memorials may be made to the Taylorville Memorial Hospital Foundation 201 E Pleasant St, Taylorville, IL 62568

To order memorial trees or send flowers to the family in memory of Raymond Edward Reber, please visit our flower store.