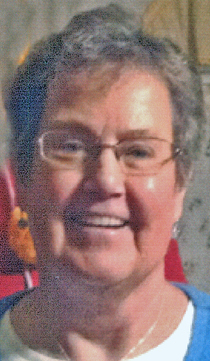 Phyllis was born on March 20, 1945 in Springfield, IL the daughter of Alvie and Mildred (Jordan) Prior. On March 3, 1965 she married Ritchie Nation in Taylorville and they were later divorced. Mrs. Nation was a Homemaker, telephone operator and worked as a caregiver for many people she grew to love. Mrs. Nation also worked a short time for Springfield Clinic.

The Family will be hosting a memorial service at the First United Methodist Church on Monday, March 30, 2015 at 11:00 a.m. with Pastor Becky Lembke officiating. Visitation will be held from 9:00 a.m. until the time of service at the church.

To order memorial trees or send flowers to the family in memory of Phyllis J. Nation, please visit our flower store.