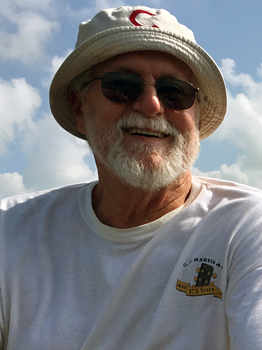 Phillip Burdette Henning, 69, of Taylorville, passed away on Saturday, August 13, 2016 at 4:47 p.m. at his home in Taylorville. He was born on January 16, 1947 in Springfield, IL the son of Gilbert E. and Mildred (Rucker) Henning. He married Brenda Ahlberg on December 30, 1967 in Taylorville. Phil graduated from Macon High School in 1965. He was a Veteran of the United States Army, worked as a coal miner and foreman with Peabody Coal Company in Pawnee and retired from Illinois Department of Corrections in Taylorville. Phil was an accomplished guitarist and musician and avid bicyclist. He loved riding motorcycles (especially Harley-Davidsons), fishing, rooting for the Cubs and Nascar races. He was a recent member of VFW Veterans Memorial Home. His greatest legacy was serving the Lord; he never knew a stranger; and he always helped others.

A Private Family Memorial Service was held on Monday, August 15, 2016 at 2:00 p.m. at Sutton Memorial Home in Taylorville with Rev. W. Thomas Bellegante officiating. Private inurnment will be held at a later date.

Memorials may be made to the Cancer Care Specialists of Illinois Charitable Fund, 210 W. McKinley Ave. Suite 1, Decatur, IL. Sutton Memorial Home in Taylorville is assisting the family with arrangements.

To order memorial trees or send flowers to the family in memory of Phillip Burdette Henning, please visit our flower store.