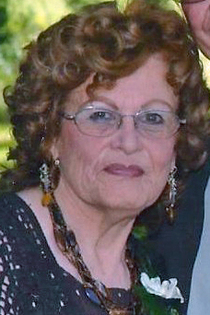 Nadine Kay Kramer, 76, of Bingham, IL, passed away Sunday, August 16, 2015 at 7:31 a.m. at Hillsboro Area Hospital in Hillsboro, IL. She was born December 8, 1938 in Bear Creek Township, IL, the Daughter of Harry Louis and Virginia Alberta (Campbell) Rathgeber. She married Ray Paul Kramer on March 1, 1964 in Morrisonville, IL. She worked as a homemaker and she was a member of the First United Methodist Church in Vandalia, IL. She loved her Llasa Apso dogs, the Oak Ridge Boys, Sewing and Quilting.

Memorials may be made to First United Methodist Church in Vandalia 127 N 4th St, Vandalia, IL 62471

To order memorial trees or send flowers to the family in memory of Nadine Kay Kramer, please visit our flower store.