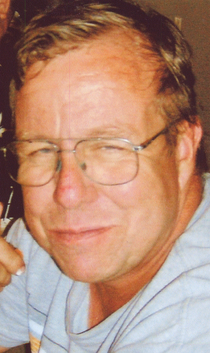 Michael “Mike” Wright, 54, of Taylorville, passed away on Friday, September 18, 2015 at 5:40 a.m. at his residence in Taylorville. He was born in Springfield, IL, the Son of Maron and Roberta (Lee) Wright. He married Tracey Duer, the love of his life, over 30 years ago on December 15, 1984, in Taylorville, IL. He worked for Central Illinois Asphalt, Jim Stepp Homes and was also the owner of Wright Brothers Garage Door Specialists. Michael was a faithful witness of Jehovah for 39 years. He was a master woodworker and he built numerous homes in the area including his own that he designed with his wife. He loved working for the many customers who needed garage doors and operators. Michael enjoyed everything that he put his hands to. He loved everyone, and everyone loved and appreciated him. Michael fought a courageous battle against colorectal cancer for over seven years. He was an inspiration for all who knew him. He was a member of the Kingdom Hall of Jehovah’s Witnesses in Taylorville.

Visitation will be held on Saturday, October 3, 2015 from 1:30 until the time of the Memorial service at 3:00 p.m. at the Kingdom Hall of Jehovah’s Witnesses 3540 Lincoln Tr. Taylorville, IL 62568 with Travis Miller officiating. Private family inurnment will be held at Oak Hill Cemetery in Taylorville at an earlier date.

To order memorial trees or send flowers to the family in memory of Michael "Mike" Wright, please visit our flower store.