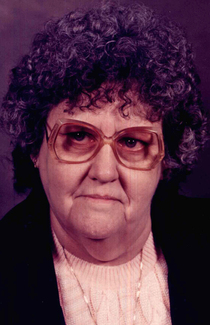 Marjorie Lyons, 83, of Taylorville, passed away Wednesday, August 19, 2015 at 2:23 a.m. at Memorial Medical Center in Springfield. She was born May 8, 1932 in Lowder, IL, the Daughter of Merle Wayne and Velma Lucille (Crouse) Summers. She married Raye L. Lyons on October 28, 1951 in Lowder, IL and he later preceded her in death on January 31, 2001. She was a homemaker and a member of the Lowder United Methodist Church in Lowder, IL.

To order memorial trees or send flowers to the family in memory of Marjorie Lyons, please visit our flower store.