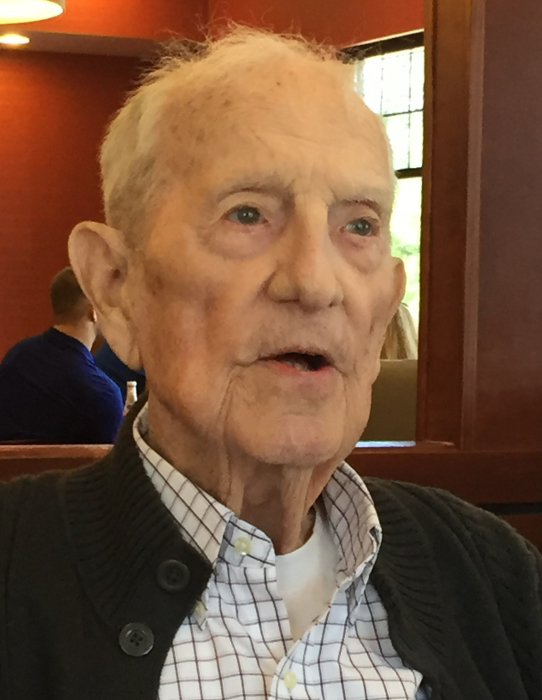 Lloyd “Bubs” Best, 94 of Springfield formerly of Edinburg passed away on Friday, December 22, 2017 at 10:00 p.m. at St. John’s Hospital in Springfield. He was born on May 13, 1923 in Gillespie, IL the Son of Walter H. and Vura (Phipps) Best. He married Mardell Emmings on October 26, 1947 in Springfield, IL. He worked as an agent and Telegrapher for the B&O Railroad in Edinburg and Taylorville. He served in the United States Army during WWII in the 18th Airborne in the Battle of the Bulge.

Visitation will be held on Friday, December 29, 2017 from 10:00-11:30 a.m. at Sutton Memorial Home in Taylorville with funeral service starting at 11:30 a.m. with Pastor Becky Lembke officiating. Burial will be held in Edinburg Cemetery in Edinburg, with military graveside honors.

To order memorial trees or send flowers to the family in memory of Lloyd "Bubs" Best, please visit our flower store.