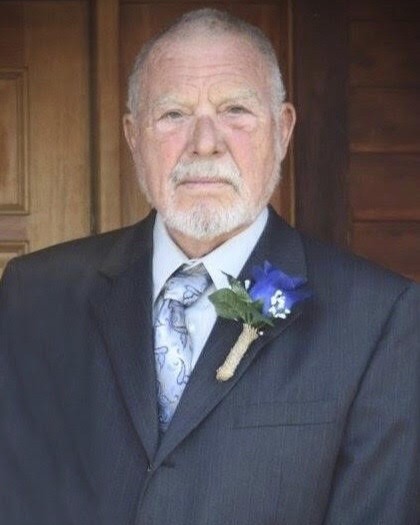 Laverne “Verne” Endsley, 85 of Taylorville passed away on Tuesday, January 19, 2021 at 11:36 p.m. at his home in Taylorville, IL. He was born on October 29, 1935 in Taylorville, IL the son of Clayborn and Lena (Davis) Endsley. He married Janice Millburg on March 24, 1955 in Morrisonville, IL and they later divorced. He then married Carol Schmid Curry on February 14, 1995 in Merrill, WI. Vern worked for IBEW Local 193 Electricians Union of Springfield, IL for 48 years. He was a member of the Copper River Snowmobile Club in Merrill, WI, Central Illinois Corvette Club of Springfield, IL; 40 MPH Club and Taylorville Moose Lodge #1516. Vern loved his family, friends, cars and a cold beer. He especially enjoyed that beer watching NASCAR races because he was a NASCAR Super Fan. Weekends spent on his Harley or the Corvette we always relished. If he wasn’t driving one of these, he loved navigating the RV, attending car shows, IBEW reunions to see his union brothers and traveling throughout the country with his wife Carol, and their pup, Paco. Great memories with family and friends were made during these travels. He looked forward to the winters in Wisconsin riding snowmobiles across frozen lakes and through the snow-covered pine forests. All will dearly miss him.

Verne will be cremated and Celebration of Life will be held at a later date.

To order memorial trees or send flowers to the family in memory of Laverne "Verne" Endsley, please visit our flower store.