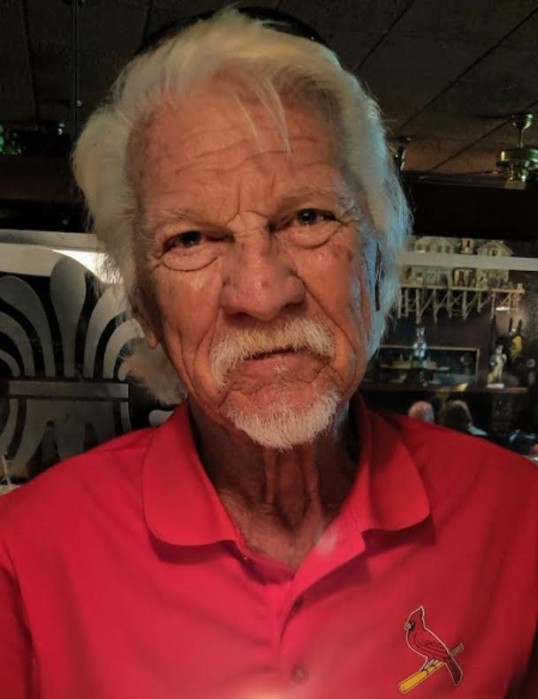 Kenneth Eugene Cook, 77 of Witt passed away on Friday, April 16, 2021 at 10:43 p.m. at his daughters’ home in Moweaqua, IL. He was born on June 26, 1943 in Granite City, IL the son of Robert and Myrtle (Graves) Cook. Kenneth married Kay Havera on September 2, 1982 in Clayton, MO. He was a proud father, grandfather and would never pass up the opportunity for a family get together. He had many hobbies, but loved nothing more than to brag on his kids and grandbabies. Ken has always loved the St. Louis Cardinals and wouldn’t miss a chance to listen to them on the radio. He’s had many occupations through the years but his main passion was selling cars. He loved people and putting a smile on their faces. Over the last couple years, Kenneth has been employed at Jachino’s Auto and has truly enjoyed every second of it. It didn’t matter if he sold one or five, he loved being out there by the people.

His favorite of all time was Elvis Presley. In his younger days, some even said he resembled him. Some of his greatest memories were spent playing Bocce ball! He would play any day, any time and in any season. He was always ready for some friendly competition during a bocce tournament. Days before he passed, a friend of his came to visit and asked if he was ready to play….his reply “Lets Go!”

If we remember one thing about Ken, it was that he never knew a stranger. He was always ready to rumble if someone needed a tough guy in their corner. He welcomed everyone with the tightest handshake and a bear hug. We will never forget his hugs.

To order memorial trees or send flowers to the family in memory of Kenneth Eugene Cook, please visit our flower store.