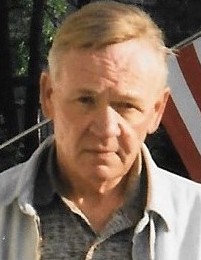 Keith was employed at Caterpillar Tractor Company in Decatur, IL, and later at Freeman Crown Mine at Farmersville, IL.  Keith enjoyed traveling.  He was an avid sports fan, attending many area high school, U of I, and professional games.  His favorite team was the St. Louis Cardinals.  In retirement Keith was active with the Red Cross.  He helped with food distribution in New York after the 9/11 attack, again in 2003 after Hurricane Isabel struck Virginia, and in 2005 after Hurricane Katrina in Louisiana.  Keith was a member of AMVETS and Tyrian Lodge #333 AF & AM, Springfield.

The family wishes to thank Keith’s many longtime friends for their concern and support during his treatment for cancer.

A Celebration of Life will be held at a later date.  Please consider an act of kindness as a memoriam to Keith.

To order memorial trees or send flowers to the family in memory of Keith Albert Helfer, please visit our flower store.