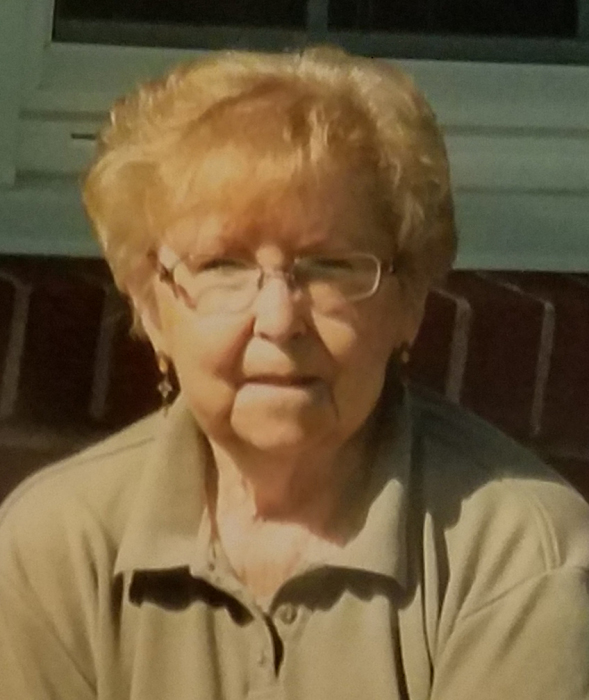 Jo Ann Christian Lacey was born in Taylorville, Illinois on March 13, 1935 to June Hallie Pounds Christian and John Henry Christian.  She graduated High School from the last class to graduate from the Palme, Illinois High School in 1953.  Thereafter she attended Brown’s Business College.  She used her education to begin working in Decatur, Illinois.  It was in Decatur that she found and married the love of her life, Francis Neil Lacey.  They we married after a whirlwind romance on February 18, 1957 in Hernando, Mississippi.  They enjoyed a magnificent 61 years of marriage.

They purchased their service station in Palmer, Illinois shortly after their marriage which they owned and operated for well over 40 years.  During these 40 plus years she continued her education by graduating from the School of Cosmetology in Springfield, Illinois and drove a school bus for the Morrisonville School District for 22 years. Jo Ann and Francis had retired and made their home in Livingston, TN for the last few years.

JoAnn and Francis raised 3 children that all graduated from college due to their parent’s support.  Their oldest child, Cynthia Kay South lives with her husband Gary Lee South in Jonesville, South Carolina.   Cindy’s two children Jason and Dustin Tull also live in South Carolina.  Jason and wife Dawn have two children, Danielle and Leonna. Dustin and his wife Lacey have two children Hailin and Caden.  Their second child, Brian Scott Lacey and his wife live in Fort Collins, Colorado where Brian had worked for Country Financial since 1991 and his wife Jodi works as an executive secretary for the District Attorney.  Their 3 children Chance and Addison are continuing their education currently.  Brianna is a nurse at Anschutz hospital in Aurora, CO.  The youngest, Bradley Neil Lacey lives with his wife Sheila in Livingston, Tennessee after Brad retired from the Illinois State Police as a commander in District 13 & 22 for over 26 years.

JoAnn was preceded in death by her mother and father as well as two brothers, John Laverne Christian and Jerry Richard Christian.  She is survived by her husband, Francis Lacey.  Her surviving siblings are Judy Lairson of Palmer, Jane Voss of Raymond and Jack Christian of Morrisonville.

Memorials may be made to the Leslie-Reddick American Legion Post #721 607 Ricks St. Morrisonville, IL 62546.

To order memorial trees or send flowers to the family in memory of JoAnn Christian Lacey, please visit our flower store.