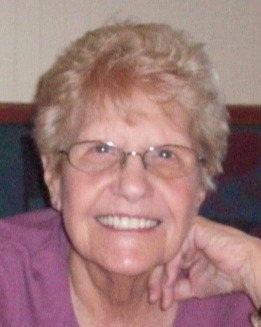 Joan McCormick, 90 of Taylorville passed away on Wednesday, December 21, 2022 at Taylorville Care Center in Taylorville, IL. She was born on January 16, 1932 in Taylorville, IL, the daughter of Samuel Lawrence Ellinger and Etta Freese. Joan married Bob McCormick on October 28, 1997 and he preceded her in death on December 3, 2011.

Joan worked as an underwriter for Liberty Mutual, and was an active member of The Taylorville Eagles, The Taylorville Moose Lodge #1516, and The First United Methodist Church in Taylorville. She loved to play Bingo and card games with her friends in her bunco group and canasta group and also enjoyed spending time working in her yard. Her dog, Lilly, meant the world to her.

She is survived by her sister: Peggy (Lester) Fabicheski and eleven nieces and nephews. She is preceded in death by her parents, husband, her infant daughter: Michelle Diane Traughber; sister: Norma Allison; brothers: Lawrence Ellinger; Robert Ellinger; and Donald Ellinger.

Visitation will be held on Friday, December 30, 2022 from 10:00-11:00 A.M. at Sutton Memorial Home in Taylorville, IL. Funeral services will be held immediately after at 11:00 A.M. Interment will be in Oak Hill Cemetery.

Memorials in her honor may be made to The Christian County Animal Control.

To order memorial trees or send flowers to the family in memory of Joan McCormick, please visit our flower store.