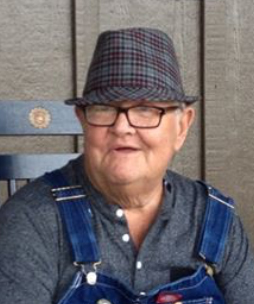 James William Lawyer, 75 of Taylorville entered the gates of heaven on Wednesday, December 6, 2017 at 1:00 a.m. at Heritage Health Care Center in Springfield. He was born on April 6, 1942 in the old St. Vincent Hospital in Taylorville, IL the Son of Bill and Ruby (Irwin) Lawyer. He married Janet Shuck on April 16, 1961 in the Mt. Pleasant Church of God in Assumption, IL. In his younger days he worked for Bulpit’s furniture, circle steel and the Taylorville Golf Course. He retired from the C & IM railroad in Springfield after 42 years of service.

Jim enjoyed hunting, fishing, camping, car races, the St. Louis Cardinals, and he had a love for football. He played football in his high school years and then went on to volunteer his time coaching the original JFL Bears team. He taught his grandchildren and Great-Grandchildren the skill of football. Jim was also their biggest fan on and off the field. Jim loved his great-Grandchildren, grandchildren and children but his biggest love was for his sweetie Janet. He loved with all his heart. He was a member of the Hopewell Baptist Church in Pana. In his earlier walk with Jesus Jim taught a bible study in his home and at work. He loved to tell the others about Jesusand share how God changed his life.

To order memorial trees or send flowers to the family in memory of James William Lawyer, please visit our flower store.