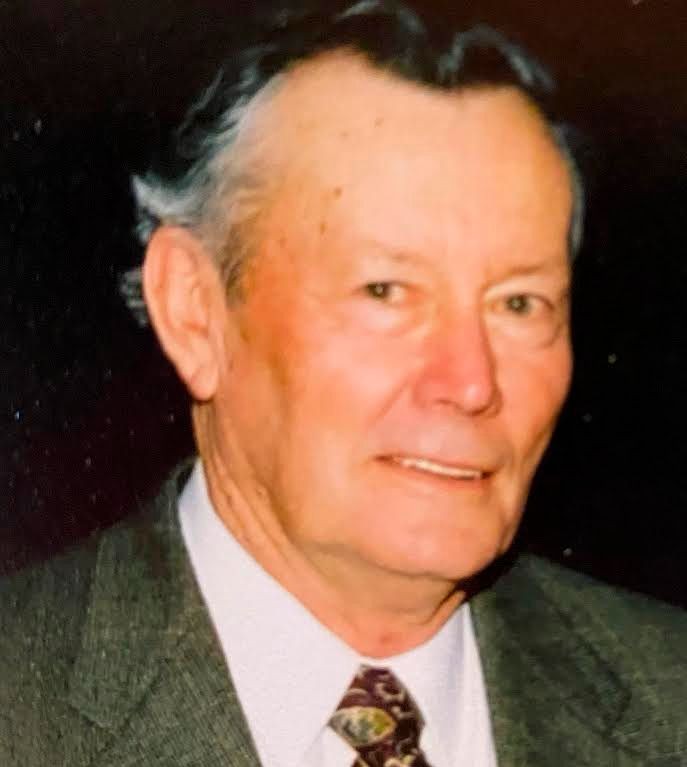 Jim graduated from Nokomis High School where he exhibited his leadership skills serving as class president and presidents of five other organizations. Following high school, he did some agricultural course work at the U of I. Jim spent 2 years in the army at Fort Knox. Jim, a devout catholic served as lector and Euchatrist minister for many years. He was the lay director for three Koinonias and served on the committee to build the St. Louis Parish Center. Jim was a member of the Knights of Columbus since he was 18, a member of the Farm Bureau, Nokomis Jaycees and the American Legion. He served nine and half years on the Nokomis Unit 22 School Board and three years as the secretary of the board.
Jim was the president of the Nokomis Mutual Insurance Company for 16 years and served as an agent for 50 years. He enjoyed every minute of it. Jim valued all of his policy holders and was very thankful for this career and his clients.

Jim and Mary Lou enjoyed camping with their friends and family for over 25 years. He has always enjoyed a good game of cards and dominoes. His most favorite pastime was watching his grandkids and great-grandkids play sports, showing their livestock at fairs and dance recital, among many other activities. Family has always been his pride and joy. Jim will be remembered by his kind and gentle soul. Chicago Cubs and Brooklyn Dodgers were the teams he followed consistently. Jim's luck number was 17.

To order memorial trees or send flowers to the family in memory of James Bertolino, please visit our flower store.