Don L. Genschaw, 87, of Taylorville, passed away Monday, February 23, 2015 at 4:56 p.m. at Memorial Medical Center in Springfield. He was born May 18, 1927 in Gary, IN. The Son of Vernon and Ona Marie (Powell) Genschaw. He married Arden Joyce Tetrault on April 15, 1950 in Kankakee, IL and she preceded him in death on December 13, 2009 and then he later married Patricia Dupuis on October 28, 2011 in Taylorville, IL. He retired from Commonwealth Edison. He was also a member of the VFW Post #4495, and he served in the United States Navy on the USS Grand Canyon in WWII.

He is survived by his Wife: Patricia of Taylorville, IL; Daughters: Laurie (John) Elliott of The Woodlands, TX; Lesa (Steve) Wilcox of Simpsonville, KY; Lynn (Mike) Winn of Palm City, FL; Step-Children: Gary, Diane and Jeff; Grandchildren: Brandon and Brent Elliott of Texas; Lindsey (Jason) Pierce of Kentucky, Leah Wilcox of Kentucky, Kent (Chenelle) Wilcox of North Carolina and Tate Wilcox of Kentucky; Hunter and Conner Winn of Florida; Great-Granddaughter: Eliza Pierce of Kentucky. He was preceded in death by his Parents, First Wife Arden and a Grandson Seth.

To plant memorial trees or send flowers to the family in memory of Don Genschaw, please visit our flower store.

Laurie,
So sorry to hear about your dad.  I have great memories of practically living at your house (and you at mine!), when we were growing up.  I really liked your dad and mom and they always treated me like one of their own girls.  You and your sisters are in my thoughts and prayers.

We were very sorry to hear of the passing of your dad.  Please accept our sincere and deepest heartfelt sympathy.

I have many pleasant memories with Don , such as golfing and shuffel board in Weslaco,Texas. We enjoyed many camping trips with Taylorville Miners during the summer months.   I send my condolences to his wife Pat and  especially to the Steve Wilcox family. Don will be missed. Sencerely ,Bill Hope

Rossie and I are so sorry at the loss of a friend like Don. We have enjoyed visiting with he and his family over the years and will surely miss those occasions. Please know that all of you will be in our hearts and prayers during this time.

Lesa and family,  Please accept my sympathy in the loss of your dad.  I know he will be missed.  You are in my thoughts.

Friends and Family uploaded 1 to the gallery. 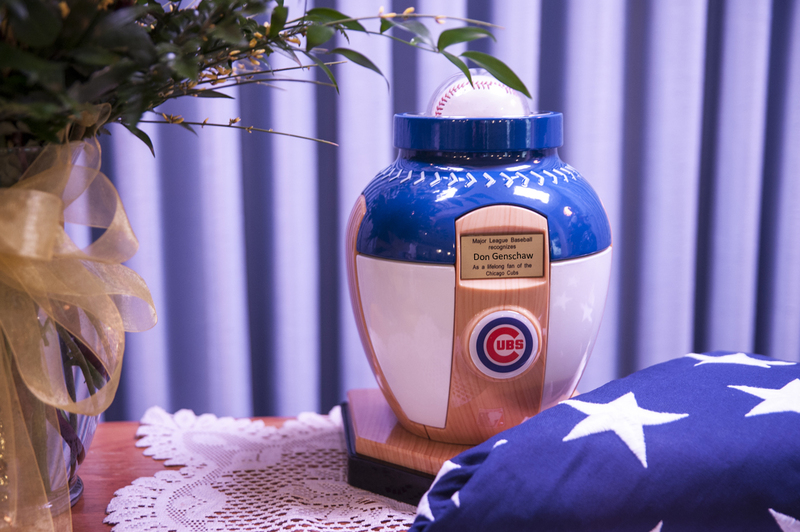