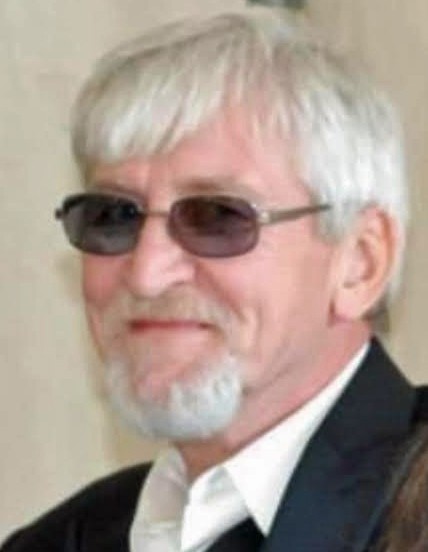 Dennis Wolfe, 67 of Nokomis, IL, passed away the afternoon of February 15, 2021 in his home in rural Nokomis, IL.   He was born in Litchfield, IL, the son of Warren Lee and Louella Marie (Hitchings) Wolfe. He married Penny Neisler on January 1, 1981 in Nokomis, IL and he worked as a maintenance lead at AgCo in Assumption, IL. Dennis graduated from Pana High School with the Class of 1971. Following high school, he enlisted in the US Air Force where he served from 1971-1973. Family was very important to him and spending time with his grandchildren and his nephews was always the highlight of his day. He also enjoyed spending time listening to his nephew’s band and loved classic rock music.

He is survived by his wife of 40 years Penny Wolfe, his daughter Chelsie Wolfe of Nokomis, IL, Grandchildren, Chandler Lee Wolfe and Lukas Alexander Wolfe both of Nokomis, IL., his father, Warren Wolfe of Litchfield, IL, sisters, Dianne Smegal of Taylorville, IL and Dawn (Darin) Ashby of Litchfield, IL, his nieces, Michelle (Joshua) Costello, Brittany and Alyssa Ashby and nephews, Chris Smegal of Blue Mound, IL and Matthew Smegal of Taylorville, IL. He was preceded in death by his mother.

Sutton Funeral Home in Nokomis, IL is assisting the family with arrangements.

To order memorial trees or send flowers to the family in memory of Dennis Wolfe, please visit our flower store.