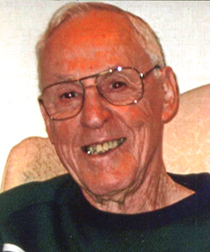 A Funeral Mass will be held Saturday, May 30, 2015 at 10:00 a.m. at St. Mary’s Catholic Church in Taylorville, IL with Father Alan Hunter officiating. Inurnment will be in Oak Hill Cemetery in Taylorville, IL.

To order memorial trees or send flowers to the family in memory of Delmar Lyle Gesell, please visit our flower store.