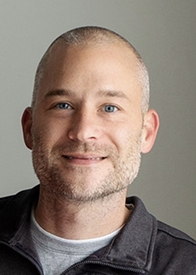 David L. Brown, 34, of Taylorville, passed away on Monday, December 2, 2019 in Taylorville.  He was born on August 11, 1985 in Jackson, TN to Lisa (Bell) Brown. He married Carina Miller on October 20, 2017 in Springfield, IL.  David was a registered nurse, a veteran of the United States Army and he served one tour of duty in Iraq where he was a combat medic. While in the Army he was stationed at Ft. Leonard Wood, MO. He was also a Missouri Wing State Safety Officer and an Assistant Health Services Officer for the Civil Air Patrol.

He is survived by his Wife: Carina Brown of Taylorville, Mother: Lisa Brown of Camden, TN, Sister: Ashley Brown of Weiser, ID, Grandmother: Margaret Dobson of Camden, TN, and his beloved dogs Chloe, Zoe and Jo. David was preceded in death by his grandfather Larence Bell.

A visitation will be held on Friday, December 6, 2019 from 1:00-3:00 p.m. at Sutton Memorial Home in Taylorville, IL and an inurnment will be held at a later date. Memorials may be made to the Wounded Warriors Foundation 4899 Belfort Rd, Suite 300, Jacksonville, FL 32256

To order memorial trees or send flowers to the family in memory of David L. Brown, please visit our flower store.