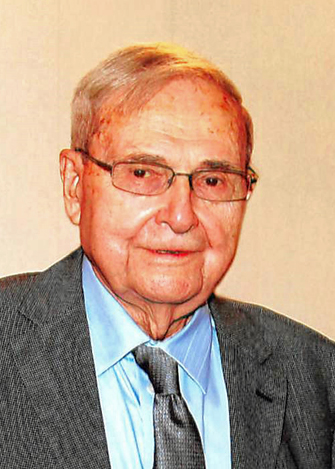 Charles D. “Don” Blakley, 95 of Taylorville passed away on Wednesday, April 12, 2017 at 6:29 a.m. at St. John’s Hospital in Springfield. He was born on June 5, 1921 at home on the farm in Pike County, IL, the Son of James H. and Elsie (Kimball) Blakley. He married Beulah G. Staufenbiel on August 8, 1944 in Norfolk, VA. He was a veteran of WWII in the United States Navy and he later worked as a machinist at Hopper Paper Co and Georgia Pacific for 43 years. Charles enjoyed gardening, reading and woodworking. He made many beautiful pieces for his grandchildren and great- grandchildren. He was a member of St. Mary’s Catholic Church, Knights of Columbus Taylorville, IL, Son of American Revolution and VFW Post #4495.

To order memorial trees or send flowers to the family in memory of Charles D. "Don" Blakley, please visit our flower store.