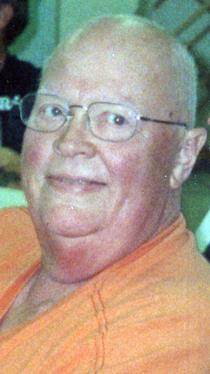 Charles Ray Best, 75, of Pawnee, passed away on Thursday, February 4, 2016 at 10:34 a.m. at St. John’s Hospital in Springfield. He was born May 3, 1940 in Rosamond, IL the Son of Edwin and Helen (Schwartzly) Best. He married Lois Gabbert on October 3, 1971 at the United Methodist Church in Camden, IL. He worked as a File Clerk for the Illinois Secretary of State Police and was a member of the South Fork United Methodist Church in Rural Nokomis.

He is survived by his Wife: Lois Best of Pawnee, IL; Brother: Eldon Best of Taylorville, IL; Sisters: Dorothy Eddington of Irving, IL; Wilma Spikes of Nokomis, IL; Several Nieces and Nephews. He was preceded in death by his Parents, Brother Edwin Best Jr. and a Niece Carla Best.

To order memorial trees or send flowers to the family in memory of Charles Ray Best, please visit our flower store.