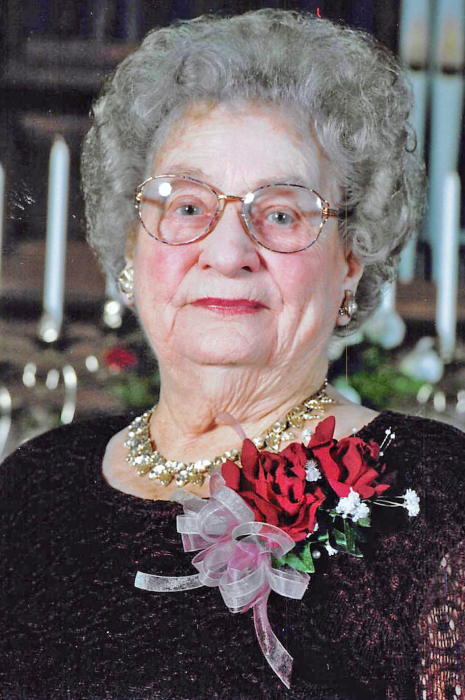 Berniece McMillan, 100 of Taylorville passed away on Saturday, September 3, 2016 at 1:52 p.m. at Taylorville Memorial Hospital in Taylorville. She was born on October 1, 1915 in Stonington, IL the Daughter of Lewis and Stella (Foutch) Shanks. She married Jesse McMillan many years ago and he preceded her in death in December of 1973. She worked as a seamstress and a homemaker. Berniece was a member of Davis Memorial Christian Church in Taylorville, the order of the White Shrine of Jerusalem Medinah #98 of Taylorville and the Royal Neighbors camp 678.

To order memorial trees or send flowers to the family in memory of Berniece McMillan, please visit our flower store.