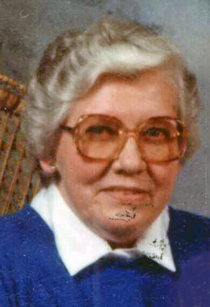 Arrissa Maxine Black, 86 of Taylorville passed away on Thursday, December 10, 2015 at 12:14 a.m. at Taylorville Memorial Hospital in Taylorville.  She was born May 11, 1929 the Daughter of William Edward and Bertha Elvira (McMann) Stanton. She married William Theodore Black Jr. on August 26, 1946 at the Westside Christian Church in Springfield, IL and he later preceded her in death on October 12, 1998.

To order memorial trees or send flowers to the family in memory of Arrissa Maxine Black, please visit our flower store.