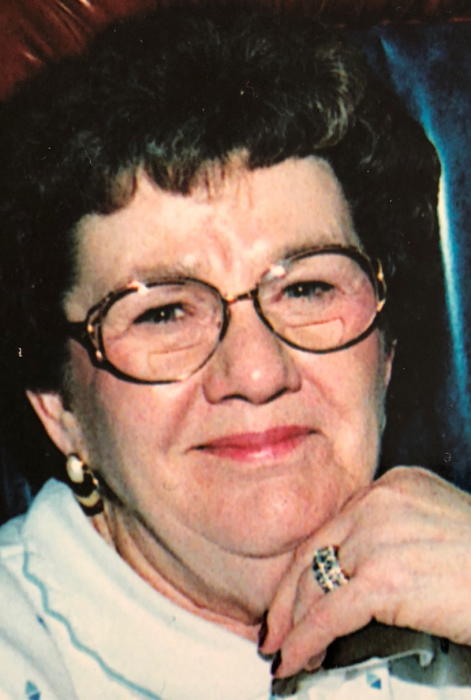 Agnes “Aggie”  Meyer of Taylorville died peacefully at her home at Hickory Estates on Monday, December 18, 2017, at the age of 86. Her passing was the end of a long struggle with Progressive Supranuclear Palsy (PSP).

Aggie and her twin sister Celi were born on March 22, 1931 to John and Mary DeClerck in Assumption, Illinois. She Married John E. Meyer on January 21, 1951, at St. Mary’s Catholic Church in Taylorville, and he preceded her in death on July 17, 1993. She is survived by her daughter and son-in-law, Sharon and Mark Peters of Taylorville. Aggie’s memory will live on in her beloved grandchildren Douglas (Amy) Peters of Shelbyville, Illinois, and Laura (Rick) Leh of Alton, Illinois as well as her great grandchildren Kolby and Kamden Peters and Devyn Leh.

Aggie worked as a keypunch supervisor of the Illinois State Police for 35 years. After retiring from the state of Illinois in 1985, she began her retail career on the Taylorville square, first at Graham Crackers children’s clothing store, followed by Heslovs Boutique, and finally at the Dollar General store. She loved working retail and always had a smile for her customers.

Aggies greatest love was her large family and especially for her grandchildren. She loved cooking and baking goodies for all of them.

Visitation will be held on Friday, December 22, 2017 at 10:00 a.m. until the time of the funeral service at 1:00 p.m. at Sutton Memorial Home in Taylorville, Illinois with Sr. Rose McKeown officiating. Burial will follow at Glen Haven Memorial Gardens in Taylorville.

To order memorial trees or send flowers to the family in memory of Agnes "Aggie" Meyer, please visit our flower store.